Female rivalry: why all women get stung by the queen bee syndrome

This is a guest post by Zofia Reych. The original can be found here

As with any other community, relations between climbers are very much a reflection of the good and the bad in society more broadly — and it is no different when it comes to female rivalry.

Countless times have I heard friends dissing other women’s abilities and ascents.

“She says she climbed this but she’s not strong enough, and she’s got no proof.” Or, “She took 7c for it but it’s more like 7b+, isn’t it?” And just a few weeks ago a female friend confided in me that another woman boasted about her recent send “only to make me feel bad cause she did my project faster than I had.”

And to be honest, I had been guilty of giving in to the female rivalry myself. Even indoors, every time I inevitably got outclimbed by Alice, my heart would sink. Instead of feeling happy for her, I couldn’t help feeling envious and threatened — a surprising reaction given our close friendship.

While this experience is certainly not shared by all women, researchers believe it’s very common — in workplaces, in sports and among friends. Much of the research focuses on corporate culture but it’s likely that outcomes would be similar in other environments as well.

The higher the stakes, the meaner the girls. Seventy percent of female executives felt bullied by other women at work and “female bullies directed their hostilities toward other women 80% of the time”. By contrast, men distributed their abuse more equally between genders.

Why are women in positions of power (those who violate stereotypical gender roles) the most common target of incivilities from female colleagues? Was I feeling threatened by Alice for the same reasons?

Beware of the queen bee

Over a century after Darwin became interested in the evolutionary sources of male competitiveness, researchers finally began studying women and came up with “the queen bee syndrome”: the supposed tendency of female bosses to intentionally hinder the growth and development of their female subordinates.

However, the queen bee theory completely ignores the context of gender discrimination and is a classic example of confirmation bias. The researchers painted ambitious women according to their preconceptions: mean.

For decades, this queen bee study informed our understanding of women’s behaviours at work but today nearly all scientists agree with what Sheryl Sandberg spelt out in 2016: that “queen bees aren’t a reason of inequality but rather a result of inequality”.

We operate on the scarcity principle, meaning that there aren’t enough opportunities to match demand. (Did you know there are only 6 female bosses in the FTSE 100?) The success of one woman means the failure of another. We often feel like there’s no space for another female in the boardroom, or another strong chick at the local climbing gym. There’s no space for two cool girls because one is already unusual.

Because not so long ago it used to be a boys club.

To prove that she belongs in this club, a successful, dominant female often needs to distance herself from other women. She might adopt more masculine behaviours, speech or clothing. This is in part where the well-intended but so very sexist “you’re not like other girls” compliment comes from. We hear it from men who praise our strengths, interests and attitudes by juxtaposing them with the rest of women.

“You’re not like other women” means you’re cool, or strong, interesting, etc. but females as a whole are not.

Previously I could think of of at least three situations where an elite level female climber — the climbing queen bee, if you will — seemed to act douchey towards me. And I’m sure that if not for my close relationship with Alice, I’d come up with similar accusations toward her. However, a better understanding of the gender politics at play allowed me to see how wrong I was in my judgements.

Firstly, there are way fewer female pros than male — which means that every time I meet one, I’m much more likely to pay attention and remember it. Secondly, while I wouldn’t think twice about any guy’s unfriendly facial expression, one dirty look from a woman and I start wondering what the hell is her problem.

Quoting Sandberg again, “women aren’t any meaner to women than men are to one another. Women are just expected to be nicer. We stereotype men as aggressive and women as kind. When women violate these stereotypes, we judge them harshly”.

Deeming any woman (including CEOs and pro athletes) a bad person just because she happened not to be a little ray of sunshine at any given moment, is no different to being like that guy who recently told you to smile more.

Traditionally, a woman’s social position was measured not in her achievements but in how attractive she appeared to the males around her. Confined by social rules to the household, women competed among each other for the best male partner. And however outdated this may seem, a recent social experiment proved that contemporary females are far more hostile towards women who show off their looks than they are to those who are more modest.

Researchers believe that this slut-shaming behaviour is rooted in the Darwinian laws of sexual selection: men are encouraged to be promiscuous, and sex is constantly sought after. A woman’s way of holding on to power is by limiting access. Promiscuous females supposedly compromise other women’s ability to hold on to this power and therefore attract hostility.

Negative opinions toward women who freely use sexuality to their advantage are common, including in climbing. A classic example is Andrew’s Bisharat shaming of Sierra Blair-Coyle but women-on-women criticism is harder to pin down. It’s in the comments passed on behind somebody’s back, eye rolls and microaggressions. Studies confirm that the more attractive the girl, the more likely she is to become a target of other women’s aggression.

Natural intersexual competition may be a cause of women’s hostility towards one another, be it because of looks or career achievements, but there are more factors to consider. Psychologists point out that women, more often than men, have a so-called external locus of control. This means that we are more likely to believe that our fate is decided by external rather than internal factors.

In other words, we tend to credit circumstances rather than our internal qualities with our successes and failures. This could mean that apart from working on our own growth at work, for example, we might feel compelled to bring our rivals down in an attempt to control the external factors. Equally, instead of crediting a climber with her achievements, it is easy for us to assume that she succeeded because of a stroke of luck, priviledge, or, to reach for the ultimate stereotype, thanks to her strong boyfriend. &nbsp;

Combining the scarcity principle with the external control locus creates an image of women being aggressive and spiteful, corresponding with the stereotype of our “cattiness”. Yet much like with my own previous lack of understanding, accepting this image as true is not seeing the full picture.

Put it differently, judging contemporary women by what evolutionary biologists have to say about humans is like expecting all men to be aggressive.

The stories we tell

While guys have bromances, us girls have frenemies. We were socialised to doubt other women’s achievements in the same way that they’re doubted by men. We were taught to see other women as a threat, a thief ready to “steal” our partner, a competitor for male attention and scarce resources.

Instead of allowing us to bid goodbye to outdated ways of thinking, mainstream media only add fuel to the fire. Focusing on supposed rivalry between celebrities, publishing countless articles on which actress “wears something better”, who is “ageing badly”, etc — yes, it’s petty, but this is the atmosphere that little girls grow up in.

And if you think contemporary media is not enough to mess with their heads, consider beloved fairy tales such as Cinderella or Snow While, reinforcing the very same message: that other women are out there to get you, especially if you’re ambitious, talented and good looking.

Meanwhile, men’s rivalry has always been portrayed as both noble and desirable. From the Trojan war, through medieval tournaments, to every other contemporary action movie, we are told over and over again that competing — and winning — is a man’s prerogative.

Traditional gender norms have skewed our view of how males and females compete. Expected to be meek and passive, women are penalised for ambition, toughness, or even communicating directly. The non-conforming behaviour makes other women feel threatened, likely to respond with harsh criticism and microaggressions. Marginalised &nbsp;and judged harshly by colleagues, dominant women move further away from them — for which the society only praises them.

This is the perfect, self-perpetuating circle of “female rivalry”.

Encouraged to compete, men have been openly doing so for millennia. In contrast, ambitious women, often compelled to hide their agenda in an attempt to conform, come across as “sneaky and mean”. The first thing we need to do to change the negative perception of female rivalry is to encourage and reward fair competition. We need to know and tell others that it’s ok to be good at something and to crave success.

At the same time, for women’s rivalry to be fair, we need to compete for the same resources as men. Supporting other women and engaging in mentorship relations is the only way we can grow strong together.

Last but not least, the secret ingredient is self-confidence, closely related to an internal locus of control. As soon as I started feeling good about myself and my climbing, I stopped being frustrated by Alice showing me up. Instead, I was able to admire her abilities, learn from her and pour more positive energy into trying harder myself.

Instead of distrusting dominant women and their intentions, we must remember that every strong woman opens doors for ten others. 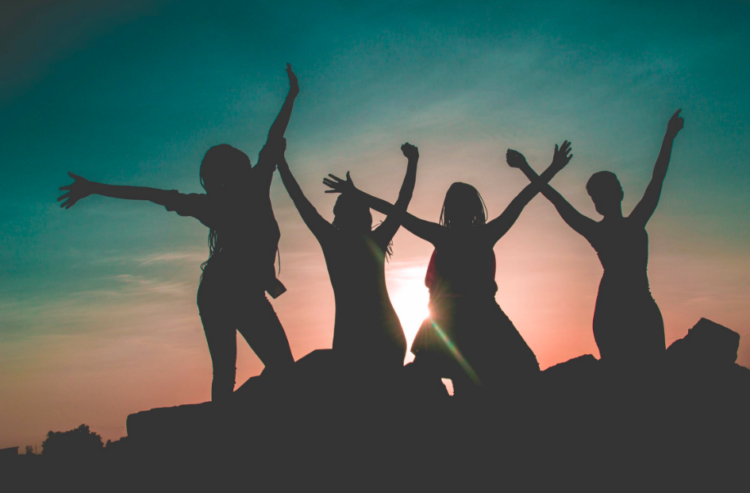 Natasa, March 7, 2020
Really good article, thanks Zofia. It's nice to put into perspective what I'm sure all of us feel from time to time. And yes, it all comes down to self-acceptance, self-love and self-confidence. Onward, sisters! :) 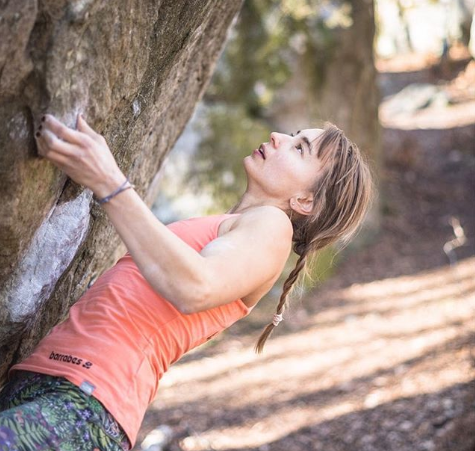 My first book, a cultural history of climbing, coming in spring 2022.zofiareych.com