I'm a trad climber, who turned to sport climbing because of the convenience, but the exposure and the satisfaction of a good gear placement, will always entice me back to the mountains. Sport climbing needed less gear, was easier to find partners, and was often warmer too. I hated bouldering. At 5ft-and-a-bit I was not designed to be a boulderer. I thought the idea of a boulder problem was to link together between 5 and 10 really hard moves to gain less than 5m of elevation. Realistically for me that was 10 to 15 moves, if there was any way round the reaches, and seriously harder for me. I wasn't even playing on the same playing field! Of all the bouldering I tried, Fontainebleau was the very worst! With few intermediates, and sloper that often suit hands with greater surface area, I was totally hosed! I came on 4 or 5 trips here from England, and always went home completely demoralised.Now I live here. I have put my boys in the local school, and I spend every spare minute living and breathing the sandstone blocks of the forest. So what changed? - primarily, CIRCUITS!For my first few trips here I came with strong climbers, mainly guys, who wanted to go home with a number of 'ticks'. They felt they needed the numbers, the grades that proved that they had accomplished something. Then one time, heading South to Spain for some sport climbing, my partner persuaded me to stop for a circuit on the way. I had a blast! It was so much fun, like playing 'hot lava' as a kid, trying not to touch the ground. It didn't feel like hard work, but the following day I could feel that my muscles had worked, we were back on the road, and I had a whole different impression of Font. On the way back to England we stopped for another circuit, this time willingly. Some time later, when my son was 7 months old, we came back with another family. We still have very fond memories of that trip. Climbing as a family was fun. We had lots of forest picnics, and my son Sebastian learned to crawl, and ate lots of dirt! In fact, it was so much fun that we decided to invest in a holiday property. At first we divided our time between France and England, but the forest calls you back. Sebastian is now nearly 8 years old, and his brother Theo just 5. I am turning 49 this year, and looking at all the things I should do before I'm 50, but all I want to do is climb. So far my grade has increased every year Ive been here, climbing my first 7c+ last year, but I'm no stronger or fitter than I was 20 years ago on those first trips to font. So what changed? - CIRCUITS!I really feel that the way to dial in to a certain type of rock is to feel how the rock prescribes you to move; to ingrain it in your muscle memory. With circuits, if you select the right difficulty level, all the moves should be do-able without needing to work too many of the problems. This way you can cover lots of milage, doing 20 or 30 problems in a session. Thats a lot of moves, and the ones that come up most often will get trained the most. This way your body will adapt specifically to the rock. These moves become natural. Techniques such as contact strength, compression moves, heel-hooks, mantles, all become second nature. Moving fast over easier ground gives you confidence in footwork, confidence in friction, and generally a better head for higher ground. This helps you to relax on harder problems too, and not over-grip or worry yourself off the top moves. In addition, circuits are fun! - and no-one can deny that you climb better when you're having fun 😃 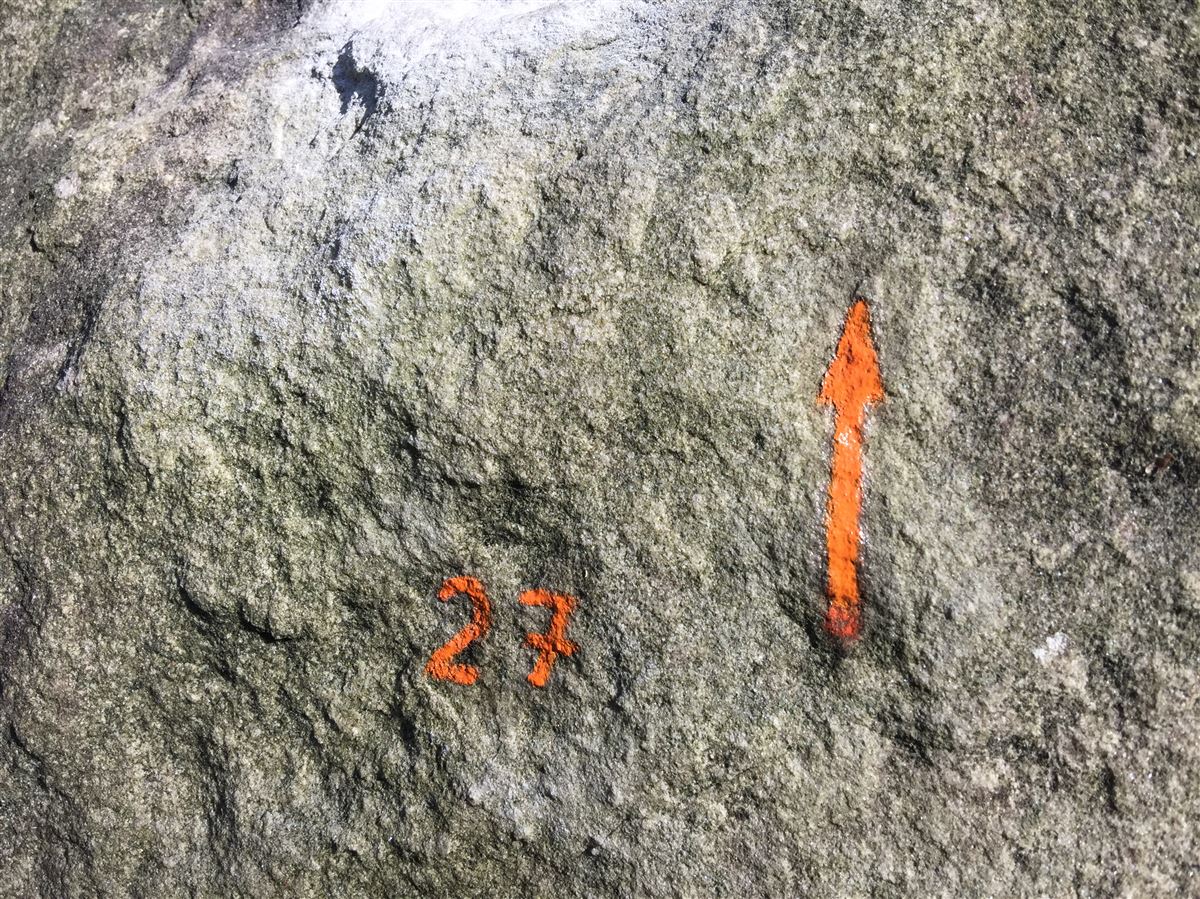 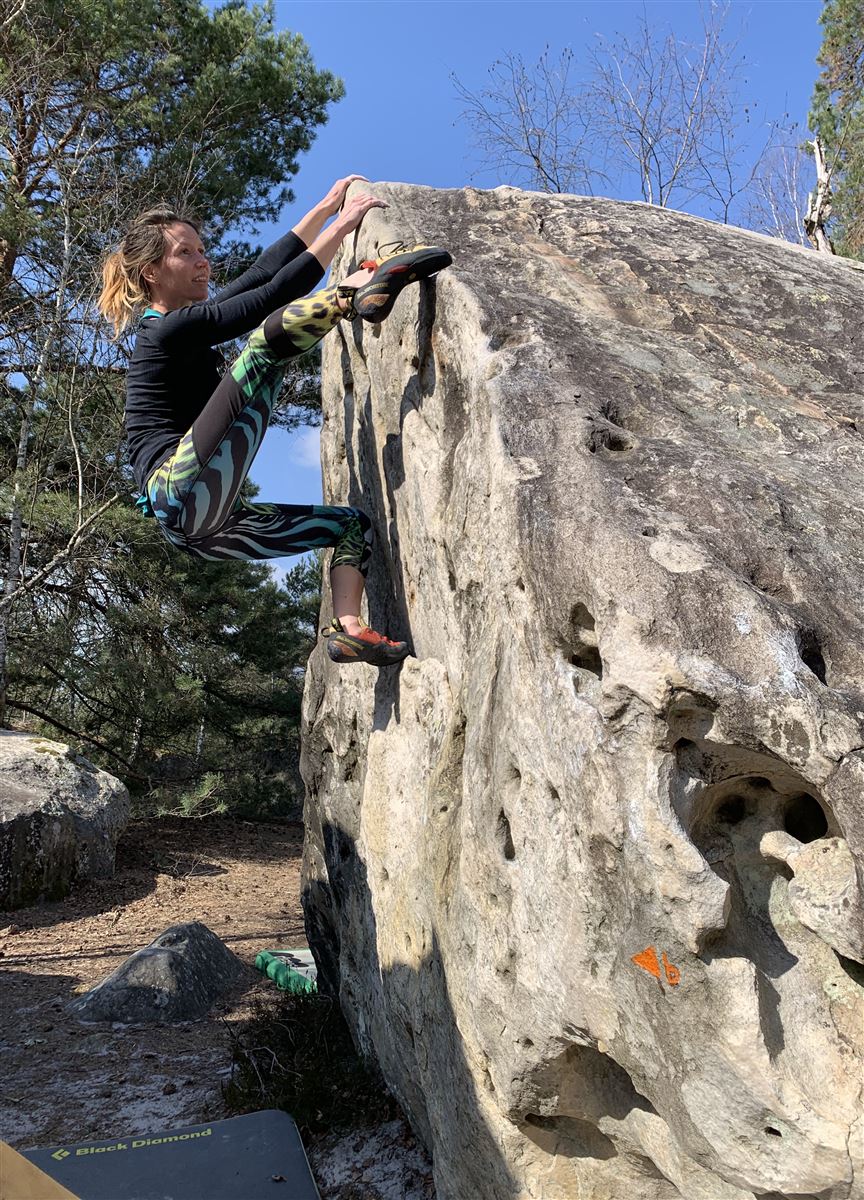 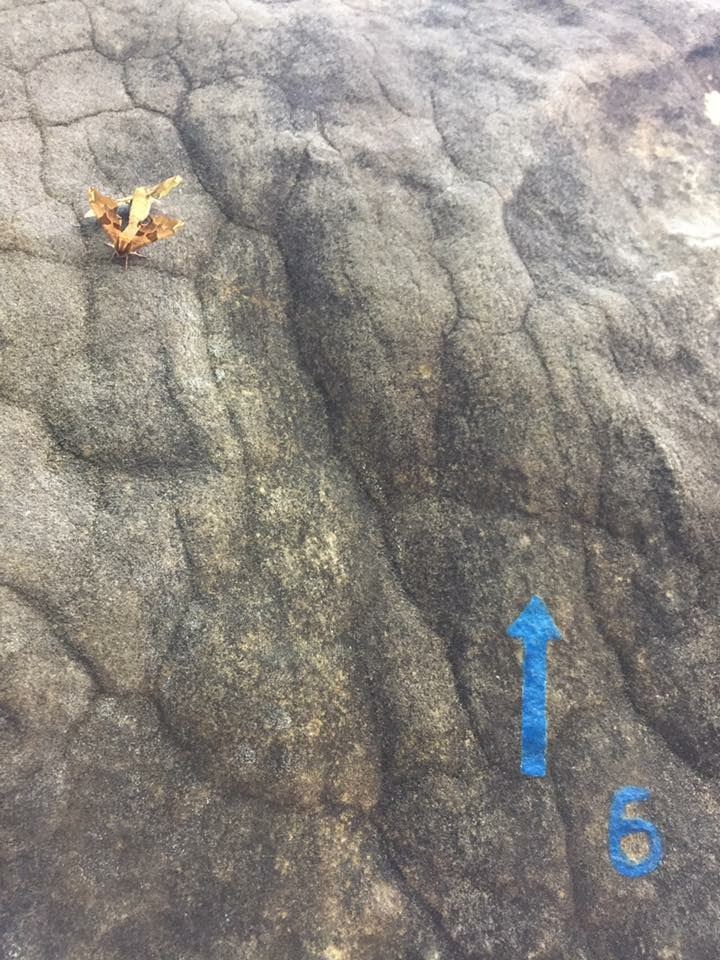 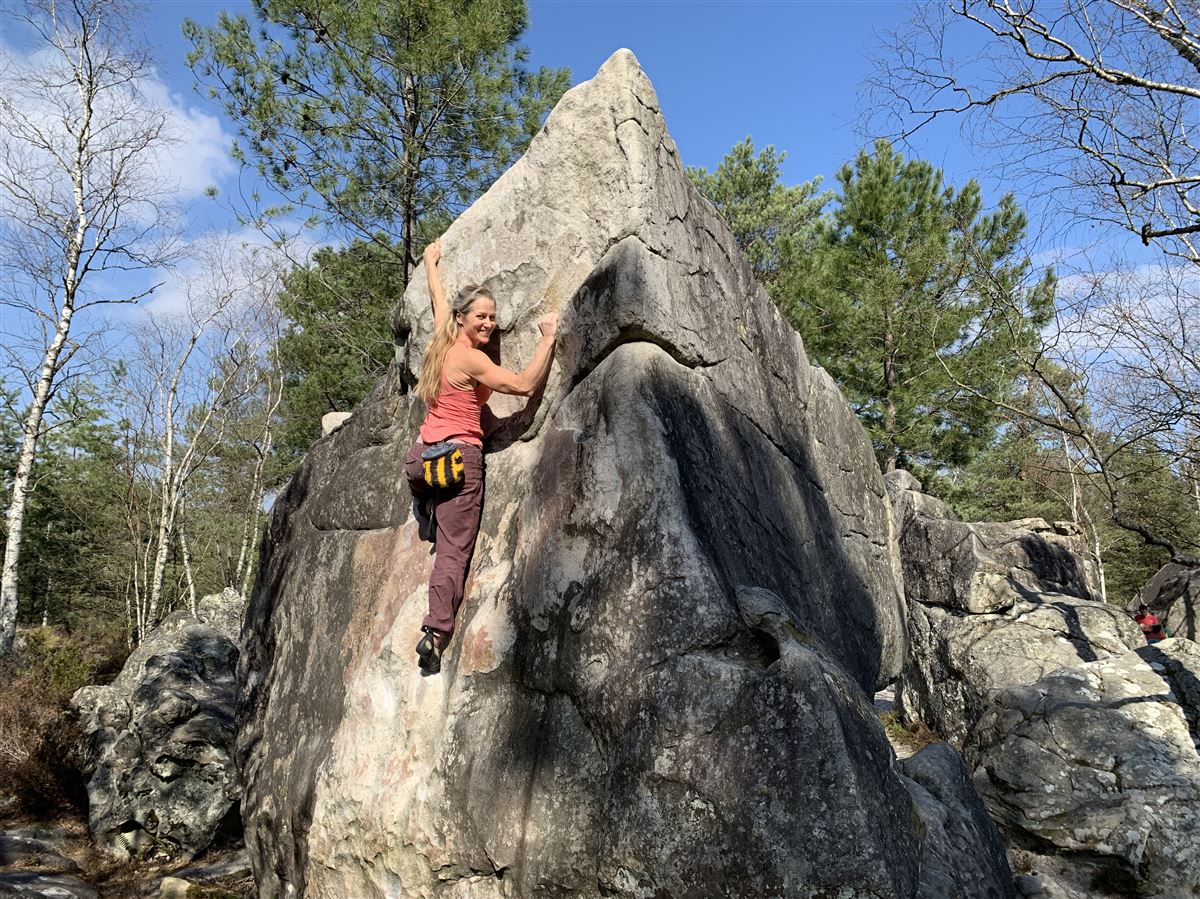 Christina Herlitschka, March 31, 2019
This time in font we started with a very high yellow cirquit. It was a very good idea since I was not afraid of high boulders for the rest of the trip. I enjoy cirquits very much.